Popular motorsports program RPM will return to Australian television for the first time in three years.

The magazine-style show will kick back into life in March this year, covering all major stories in local and international motorsport.

Speedcafe.com.au spoke to Sam Heard, Head of Marketing – Sport at Network Ten, who confirmed that show will make a return this year, although most of the details are still being worked through at the moment.

It is expected that the network’s regular motorsport’s presenter Greg Rust will assume the host position, with regular guests including Craig Baird and Daryl Beattie.

Speedcafe.com.au sources suggest that a possible time slot for the program could be every Tuesday evening on Network Ten’s sports channel One HD. 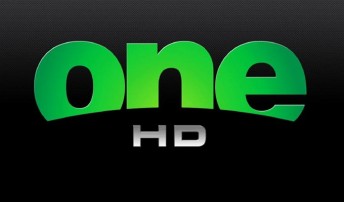 The One HD logo

The show will be very similar to what has been broadcast in the past, but will incorporate unique international material, including correspondence from James Allen and Tom Clarkson at Formula One race meetings.

One HD has the exclusive Australian rights to broadcasting many motorsport disciplines, including Formula One, MotoGP, NASCAR and the World Rally Championship.

Heard said that “the time was right” to bring the program back to life.

“Formula One is our biggest property on One, generating fantastic ratings. Motorsport as a whole is very popular with our audience, and felt the time was right to bring it back,” Heard told Speedcafe.com.au.

“It won’t just be F1 and MotoGP. We’ll be covering whatever is relevant in motorsport, including V8 Supercars. If you watch Sports Tonight and our other show, V8s still get a very good run there.”

Heard said that AFL aside, Formula One is One HD’s most valued sports property.

“As a standalone, Formula One is One HD’s number one property, pulling very significant ratings,” he said.

“With the success of Mark Webber last year, a whole new audience has come to Formula One to follow the Australian doing well.

“Combined with the fact that the 2010 season was one of the best that we’ve seen for a long-time, it all added up.

“Fortunately, there were quite a few disappointed faces in our offices during the Korean race. As soon as Mark went out, I think we all knew that it was going to be hard for him from there.”

Heard says that in terms of watching motorsport from the comfort of your couch, viewers have never had it so good.

“Australians have never had as much access,” he said.

“Ten years ago, you’d tune in and we’d show the BBC feed. Now we have our F1 pre-show, we have James Allen and Tom Clarkson on the ground. They’ll be interviews with Schumacher, Hamilton, Vettel, Webber every single round. It is pretty unprecedented coverage, and that’s why RPM is a natural progression from that for us to support motorsport. There are so many people who have been enjoying it.

“But it’s not just Formula One – V8’s will get lots of coverage in there, as well as other categories in Australia. Whatever is relevant will be covered.”