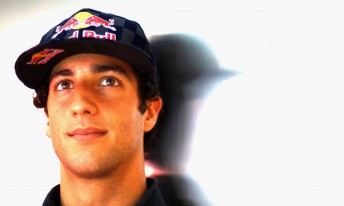 Daniel Ricciardo will return to Formula Renault 3.5 in 2011

Australian Daniel Ricciardo will combine his Formula One duties with a second season in Formula Renault 3.5 in 2011.

Ricciardo will move to the ISR team after finishing second in the 2010 points standings with Tech 1 Racing.

ISR won six of the 18 races last season with Argentinean Esteban Guerrieri at the wheel.

Ricciardo will be joined at the Czech squad by Briton Dean Stoneman, who took out the 2010 Formula 2 Championship.

ISR team principal Igor Salaquarda said he was pleased to link up with the two drivers, and well as Ricciardo’s sponsor Red Bull.

“Being able to work with Daniel Ricciardo, who was one of our most appreciated rivals in 2010, and Dean Stoneman, who won the last FIA F2 title, will be extremely challenging for us,” he said.

“We will also be wearing the same Red Bull colours of the 2010 Formula 1 world champions, and that makes me really proud, as we are the first team from Eastern Europe to have reached the top in international open-wheel racing.”

Ricciardo will act as the reserve driver for Formula One outfits Red Bull Racing and Scuderia Torro Roso this season, completing Friday practice sessions with the Italian team.

Ricciardo’s return to Formula Renault continues Red Bull’s avoidance of the GP2 category – seen by many as the premier driver development class below Formula One.