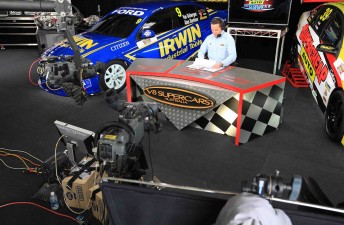 V8 Supercars has announced that Scott Young will take over the role of Executive Producer at V8 Supercars Television.

The industry veteran has past experience with the category, having held the position of Executive Producer of Motorsport at Network 10 when V8 Supercars joined the channel in 1997.

Young replaces Murray Lomax, who was informed by the V8 Supercars board in December that he would not be continuing in 2011 (CLICK HERE for previous story).

V8 Supercars CEO Martin Whitaker welcomed an Executive Producer of Young’s stature as a vital part in the growth of V8 Supercars Television.

“Scott’s industry expertise combined with his technical knowledge provides a unique understanding of the production and commercial requirements that delivers a successful television product,” said Whitaker.

“As the world’s leading touring car Championship it is vitally important that our pictures sent around the globe are also the best in the world, something that Scott will be integral in maintaining and improving the exceptional quality of our production.”