Solberg and Raikkonen return to the WRC

Solberg and Raikkonen return to the WRC 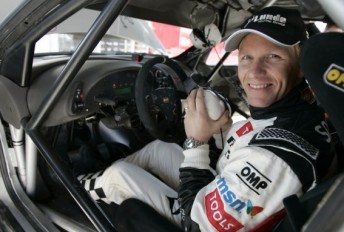 Petter Solberg, the 2003 World Champion, is one of the WRC's most colourful characters

Former World Champions Petter Solberg and Kimi Raikkonen are among the entries for the opening round of the 2011 World Rally Championship, despite recent speculation surrounding their futures in the sport.

Solberg will compete in a privately run Citroen for a third consecutive year after openly discussing a move to circuit racing as recently as last week.

Solberg has also been confirmed as a starter with Peugeot in this month’s Monte Carlo Rally, which is part of the Intercontinental Rally Challenge.

Raikkonen’s entry with the new ICE 1 Racing Citroen squad was submitted shortly before deadline, ending talk that the Finn would sit out the 2011 season following the death of his father prior to Christmas.

Raikkonen finished 10th in his debut WRC season last year, and recently told the championship’s official website, wrc.com, that the beginning of his rallying career had been as difficult as he thought it would be.

“On balance, it’s been pretty much as I expected,” Raikkonen said of his WRC experience.

“There have been good bits and bad bits, and on the whole it’s been really tough with a lot of learning.

“In some ways, it reminds me of the very first years when I was starting out in racing – it was a little bit the same feeling.”

The confirmation of the two drivers is good news for the WRC, which has struggled with a lack of ‘star’ competitors in recent years.

It is expected that the 2011 championship will again be fought out between the factory Ford and Citroen drivers.

Mikko Hirvonen and Jari-Matti Latvala will be charged with leading a swarm of eighth brand-new Fiesta RS WRCs in Sweden, while four of the new Citroen DS3s will debut, with Sebastien Loeb and Sebastien Ogier in the factory entries.

Rally Sweden will take place between the 11th and 13th of February.