V8 Supercars for sale: Who is a buyer?

V8 Supercars for sale: Who is a buyer? 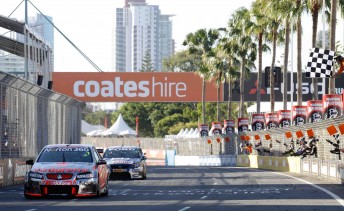 The ‘For Sale’ sign is up at V8 Supercars.

While it was confirmed this week that a third party had been employed to do a strategic review of the V8 Supercar business and ownership (CLICK HERE for breaking story), Speedcafe.com.au is aware that Sports and Entertainment Limited’s 25 percent of the operation has been on the market since at least as early as April last year.

It is believed SEL’s ownership and marketing rights have been pitched to major motorsport players in the UK, Middle East and North America.

The recent employment of Tim Miles by the V8 board to do a review simply means that the teams have become more aware of SEL’s position and want to ensure they can also capitalise on any ‘sale’ position and ensure the future of the sport is secure. 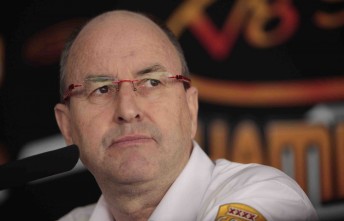 If nothing else, the proposed exercise will provide a strategic overview of the real value of the sport.

The current position means that the sport is at its biggest crossroads since the establishment of the V8 Supercars organisation in 1997– it is also testimony to its great success.

SEL, owned by James Erskine, David Coe, Basil Scaffidi, Tony Cochrane and, until recently, Geoff Jones, has been the driving force behind the growth of V8 Supercars since it started to provide some vision for the sport back in 1997.

This review process comes at a vital time with TV rights for 2013 and beyond set to be finalised within the next nine months.

But the question must be asked – who are the potential buyers and what could their plans be moving forward?
One option for any potential buyer is to consider a public float of the business, but a full analysis in coming months will provide some more clarity of whether that is an option.

Speedcafe.com.au has decided to have a look at potential buyers on a broad and micro level.

The sport would be ripe for the picking for many major equity groups, or newly formed equity group of like-minded individuals if the numbers stack up. Basically an equity group is a collection of investors who all take a share in the profits (and risks). The big question with this scenario is who provides the management and marketing skills that are currently supplied by SEL. While SEL might cash up, there might also be an opportunity for a management agreement to stay in place with Cochrane remaining at the helm.

Footnote: Ironically, when SEL was established, Tony Cochrane was employed for another year by the Gold Coast Indy event in a management role, despite the event being 50 percent owned by the new company’s biggest rival, IMG – Cochrane’s former employer!

The SEL portion of the business has already been linked with Bernie Ecclestone, Kevin Kalkhoven and some Middle East Interests. In the majority of cases the involvement of such a high-profile identities could only be good for the sport, especially in the short term, but it is almost certain that any of these figures would create their own equity group. It is unlikely Kalkhoven is a buyer.

Footnote: V8 Supercars CEO Martin Whitaker has a relationship with Ecclestone and many valuable connections in the Middle East – it was one of the reasons he was employed.

Other major marketing and management companies such as IMG and Octagon must be put in the mix. Ironically, Erskine and Cochrane both come from IMG backgrounds and have taken some pleasure in watching their own business grow at the detriment of IMG in many areas. In both cases, it would take major input from the international parent companies for them to even consider themselves potential buyers.

News Limited has been a recent strong supporter of the sport, especially when it has come to events like the Sydney Telstra 500 at Homebush. The organisation is the life blood of Rugby League in this country. It could also be the driving force for a totally independent board of management in V8 Supercars. News Limited boss John Hartigan has taken more than a keen interest in the growth of the sport and the business. This makes even more sense when you consider News’ ownership of Fox Sports and Lachlan Murdoch’s recent buy into Network Ten with James Packer.

It is unlikely that the Seven Network would be considered a buyer given its major commitment to the AFL. Network Ten sports boss David White was one of the driving forces behind the foundation for success of the category in the late 90s. Relationships soured when the rights moved to Seven, but White would have V8 Supercars back in a heartbeat if the deal was right, especially with the success of his ONE HD sports channel. It is unlikely that TEN have enough leveraging opportunities available to them to be an outright bidder for ownership.

Footnote: The last thing the sport wants to do is limit is broader exposure opportunities because it is seen as an asset of a major broadcaster.

One scenario that has plenty of legs is Nine Entertainment, which recently employed former SEL director and V8 Supercar board observer, Geoff Jones. Jones is one of the most experienced players in the business as a former head of the Gold Coast Indy event, a major player at Carlton and United Breweries, CEO of Ticketek  and more recently in his role at SEL where he has been hands-on in the successful resurrection of the Gold Coast race as a stand alone V8 Supercar event. He also negotiated the return to Perth, sorted the debacle with the Hamilton Street race in New Zealand and worked heavily on the commercial side of the business. With whispers in the market for a little while about SEL’s sell out, maybe Nine’s boss David Gyngell had bigger things in mind when they lured Jones’ back to head up his events arm. Nine’s ability to leverage the sport across its TV, digital, Ticketek and magazine interests is its greatest asset. Despite the recent success of the Ashes Tour, Nine’s biggest sporting commitment, cricket, also seems to be on the slide. Jones could rally the right marketing, sales and management team around him.

Footnote: Negotiating TV rights with itself would be an advantage, but something that the teams would be wanting to keep a close eye on. Especially, with the TV bucks being the major piece of the revenue pie on an annual basis.