V8SA to undergo review with view of sale

V8SA to undergo review with view of sale 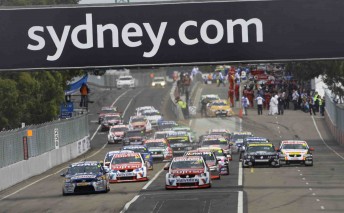 V8 Supercars Australia is undertaking a strategic review of its ownership that could potentially see it sell part of the business.

The Australian reports today that with V8’s television broadcasting rights with the Seven Network ending at the conclusion of the 2012 V8 Supercars Championship, the review could play a big role in influencing those negotiations and potentially pave the way for Sports and Entertainment (SEL) – a 25 percent owner of V8 Supercars Australia – to sell out.

The Australian spoke to Miles who said the review was promoted by “a number of unsolicited approaches over the last couple of years” from private equity and trade buyers.

“They have probably increased in frequency recently,” he said of the dialogue with V8 Supercars Australia.

“No decision whatsoever has been made about whether there will be a sale or not. We are purely doing a review.

“It is simply a case of V8 Supercars experiencing phenomenal growth (and) asking itself, ‘is now a good time to sell a part of the business?’.”

Miles said that he hoped to complete the report during the first quarter of the new year.