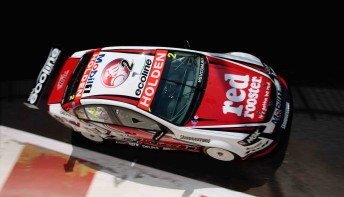 Welcome back to the IRWIN Summer Grill – Speedcafe.com.au’s end of season  videos highlighting 14 key aspects of 2010 V8 Supercars Championship Series, plus the issues that you’ll need to look out for in 2011.

After finishing second and third in the 2009 title, hopes were high in the factory Holden camp, but it turned out to be a frustrating season. Only Garth Tander took the outfit’s wins for the year, with Will Davison, Fabian Coulthard and Andrew Thompson all finishing outside the top 20.

Expert analysis Cameron McConville  drove with the Toll HRT in the endurance races, taking a podium at Bathurst and winning a race on the Gold Coast. He gives you an insight into Walkinshaw’s 2010 season, and how they can turn it around in 2011.