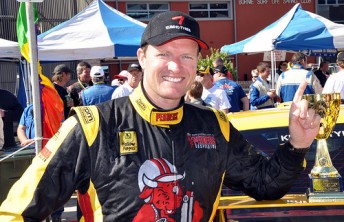 As ARC CEO Scott Pedder has proposed a number of changes

The Australian Rally Championship (ARC) has announced the appointment of Scott Pedder as Chief Executive Officer (CEO) along with a proposed raft of changes, aimed at revitalising and reinvigorating the series in 2011 and beyond.

“Scott brings a unique perspective to the ARC as both a leading competitor but also as a skilled and accomplished businessman and marketer,” said Ben Rainsford.

“Scott oversees multi-million dollar marketing budgets and has helped drive the operation to international prominence and success, and it is that sort of expertise that will be invaluable for rallying as we look to the future.”

“There are a number of key initiatives around improving the commercial viability of the Australian Rally Championship which Scott will be seeking to implement including attracting manufacturers back to the sport while also providing an easier path for privateers and young drivers to compete in the top level of rallying in this country.”

In accepting the appointment Scott Pedder said his goal is to revitalise the ARC and to make it more attractive for competitors, manufacturers, events and sponsors.

“I am committed to making a number of key changes for the 2011 season that will ultimately deliver an improved Australian Rally Championship product,” said Pedder. “The reality is we need to get the sizzle back in the ARC and that must be our key focus in 2011.”

“Specifically, I will be pushing for sporting and technical changes to make the category more exciting for both competitors and the public, including looking to decrease the long term investment competitors have in machinery while making it easier, more exciting and cost effective to reach the pinnacle of rallying in Australia.”

Part of the plan being proposed by Scott Pedder will see the ARC reengage with manufacturers to ensure the long-term viability and relevance of the ARC.

“We can’t continue to compete in cars that are five and six years away from the showroom, every other major motor sport category title in world is linked to manufacturers,” said Pedder.

“I would also like to acknowledge the support and involvement of both Honda and Hyundai in the ARC and our desire for them to continue and potentially expand their involvement. To ensure the ARC is relevant to car manufacturers we are proposing that the 2011 Manufacturers Championship will be contested by two wheel drive cars only.”

In addition to these proposed initiatives Pedder believes the ARC needs to look at ways to better assist and support event organisers financially, with the consequent flow on to competitors being reduced costs and simplified procedures. In 2011 the ARC will seek to establish a new Junior Australian Rally Championship aimed at creating a stepping-stone for young drivers and a platform for them to showcase their talents.

In addition to the proposed initiatives the ARC will be implementing a comprehensive marketing and promotional plan including ongoing publicity, a series launch and signing of a new TV agreement with Ten/ONE HD.

“It is a very big job, but I am up for the challenge of placing the Australian Rally Championship within its rightful position as one of Australia’s icon sporting series,” said Pedder.