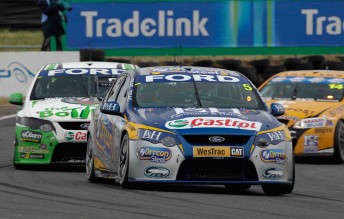 Next year, yet-to-be announced Will Davison joins the squad, replacing Steve Richards. And for a few weeks towards the end of this year, it looked like the squad could have been a four car super team, but those plans faltered.

So, what can we expect from FPR in 2011? Expert caller Cameron McConville says they must win. What do you think?