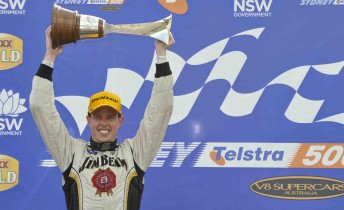 Welcome to the IRWIN Summer Grill – Speedcafe.com.au’s end of season videos highlighting 14 key aspects of 2010 V8 Supercars Championship Series, plus the issues that you’ll need to look out for in 2011.

First up on the IRWIN Summer Grill is James Courtney, the 2010 V8 Champ.

After a season of highs and lows, Courtney came out on top in his Dick Johnson Racing Falcon – before making the shock switch to the Toll Holden Racing Team.