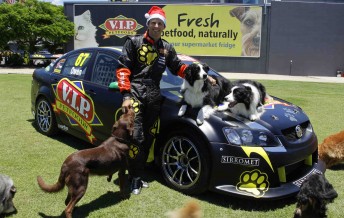 Steve Owen has been confirmed as a full-time V8 Supercars Championship driver with Paul Morris Motorsport.

Owen will drive the #67 VIP Petfoods-backed Commodore VE alongside Russell Ingall in the #39 Supercheap Auto Commodore.

For Owen, it is his first full-time V8 Supercars drive since the 2007 V8 season where he drove a privately-run Autobarn-backed Commodore for Rod Nash Racing. Since then he has driven for Dick Johnson Racing, Walkinshaw Racing and TeamVodafone in the endurance races, picking up a win in this year’s Armor All Gold Coast 600 with Jamie Whincup.

It is also a return to the V8 Supercars for VIP Petfoods. The Australian-owned petfood giant has backed V8 cars in the past, including Cameron McLean back in 2002, plus the Stone Brothers Racing team in 2003.