Biggest opportunity of my career: Owen

Biggest opportunity of my career: Owen 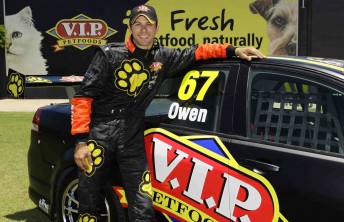 Steve Owen is all smiles with his 2011 V8 Supercars driver

Steve Owen says that his chance with Paul Morris Motorsport in the VIP Petfoods Commodore is the best he has ever received in his motor racing career.

Owen, recently crowned with his second Fujitsu V8 Series crown, was confirmed today as the driver of the #67 VIP Petfoods Commodore VE. CLICK HERE for the breaking story and images.

Owen has contested over 50 V8 Championship races, including a victory with Jamie Whincup in this year’s Armor All Gold Coast 600. Now, he gets the best chance of his career, driving a Triple Eight-designed Holden for PMM. He says he can’t wait to get into the 2011 season. 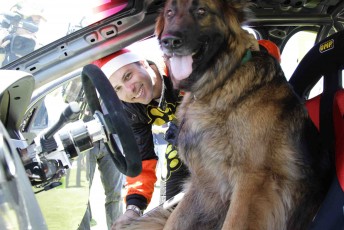 “This is my biggest opportunity to forge a career at the top level so I’m going to grasp it with both hands and give it a damn good shake,” Owen said.

“They have good equipment and good people so I’m really looking forward to working with them.

“I can’t thank Paul Morris, Tony Quinn and the people at VIP Petfoods enough for allowing me this opportunity.”

VIP Petfoods has been involved in V8 Supercars before and Managing Director Tony Quinn said the timing was right for his company to return to the top level of Australian motorsport.

“We’ve known Paul for a long time, he’s a good operator and VIP Petfoods are very proud to be sponsoring one of his cars,” Quinn said.

“Our aim is to build and strengthen our brand and re-entering V8 Supercars at this point in time makes very good business sense for us and our long term objectives.”

Team owner Paul Morris says that the time is right for Owen to return to the V8 Supercars Championship.
“We looked at a number of drivers but having recent experience with a top level team definitely helped Steve’s case,” said Morris.

“We expect him to be up front and fighting for race wins when we get stuck into the 2011 season.”

Owen’s first outing in the VIP Petfoods Commodore will be at the official V8 Supercars pre-season test day at Sydney’s Eastern Creek Raceway on January 29, while the season proper begins in Abu Dhabi at the Yas Marina circuit on February 12-14.