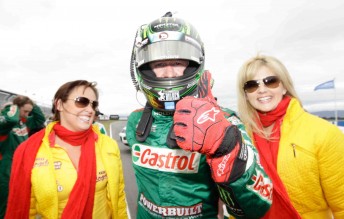 Greg Murphy will drive for Kelly Racing next year

Greg Murphy is set to retain a full-time seat in the V8 Supercars Championship, replacing Jason Bargwanna at Kelly Racing.

Speedcafe.com.au can reveal that Murphy will drive for Kelly Racing next season, moving into Bargwanna’s seat, who looks set to switch to Brad Jones Racing, replacing the ill Jason Richards.

A switch of this nature will be a reunification of sorts. Murphy would rejoin forces with the Kellys, the family which he drove with at Kmart Racing from 2001 to 2004. 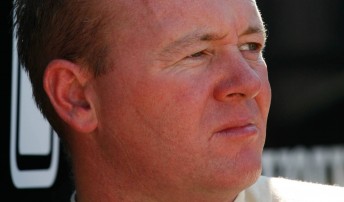 Jason Bargwanna looks set to drive for BJR next year

Murphy’s switch to Kelly Racing has seen Bargwanna ousted after just one year at the KR team, but will find new employment up the Hume Highway at BJR’s Albury-based squad.

BJR has needed a replacement for Richards after recently being diagnosed with cancer. Richards will undergo his first bout of chemotherapy next month, ruling him out of the first part of the V8 season, at best.

Speedcafe.com.au contacted the Kelly Racing and BJR organisations who declined to make comment on the matters at this point.

The dramatic end to the 2011 V8 driver silly season seals the formation of the grid, with only a handful of driver confirmations to come.

Ford Performance Racing will announce Will Davison in the new year, while Steve Owen will be confirmed at Paul Morris Motorsport this Tuesday.

The only other drive that is yet to be made official, although is expected, is James Moffat’s seat with Jim Beam Racing, replacing new Champ James Courtney.

Note: Entry list is provisional. Car numbers and sponsors yet to be confirmed.