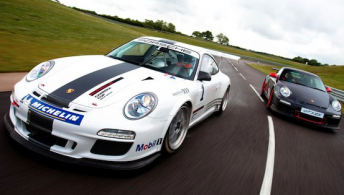 Carrera Cup is set make a high profile return to the Australian motorsport scene next season, with the official calendar having been released today.

The emphasis on ‘A-list’ events sees just three rounds scheduled to be run before mid-September.

Porsche Cars Australia’s head of motorsport, Jamey Blaikie, says that the calendar is a great endorsement for the class.

“The calendar for 2011 reflects the high esteem with which Carrera Cup is held by the board of V8 Supercars Australia,” said Blaikie.

“Next year’s series will be better, more exciting and more affordable than before with a mix of new talent and experienced Porsche racers.”

Season 2011 will mark the first time since its inaugural year in 2003 that the Australian Carrera Cup Championship has been contested without appearing at the Clipsal 500.

See below for the official 2011 calendar