Steve Richards: No full-time drive in 2011

Steve Richards: No full-time drive in 2011 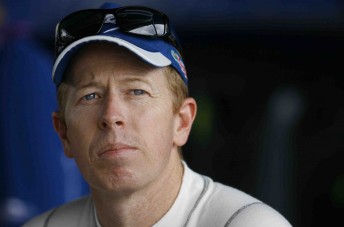 Steve Richards has confirmed that he will not compete in the 2011 V8 Supercars Championship.

After 12 consecutive full-time seasons in the sport, the two-time Bathurst 1000 winner will step aside from regular racing and will focus on securing the best-possible V8 endurance drive.

Richards, outed from Ford Performance Racing after four seasons, was in the frame for a drive with Dick Johnson Racing, replacing new Champ James Courtney, but he looks like he has been beaten to that seat by James Moffat. CLICK HERE for Speedcafe.com.au’s Moffat/DJR story from Monday.

In a statement, Richards confirmed his decision to step away, but insisted that he is not retiring.

“With Christmas and the New Year fast approaching and after lengthy consideration of all the options available to me, it is my decision to step away from the V8 Supercars Championship as a full time driver in 2011,” he said.

“By no means is this an announcement of any sort in relation to retiring from driving full time in the V8 Supercar Championship, who knows at this stage what lies beyond 2011.

“Clearly there are many very good options in relation to driving at the L&H 500 at Phillip Island and the Supercheap Auto Bathurst 1000 endurance races and a final decision on driving at those events will become clearer to me in the coming days and weeks.”