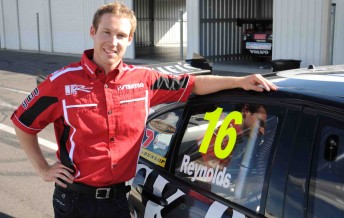 David Reynolds has completed in his first test day with Kelly Racing at Winton Motor Raceway in Victoria today.

The 25-year-old had his first drive with his team at the team’s final official test day of the year. The car he drove is the car that he’ll compete with in 2011 – the Jack Daniel’s Racing Commodore that Rick Kelly drove this year to eighth in the V8 Supercars Championship.

Reynolds completed over 100 laps in his new car, Kelly Racing chassis PE048, the car that Rick Kelly has raced for the past two seasons. 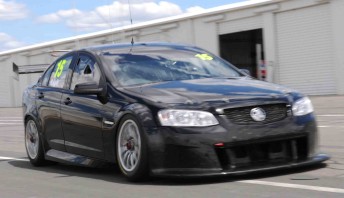 Kelly also debuted his new chassis – KR-02 – that he’ll use in next year’s championship.

Reynolds said that he was relieved to have his first outing with the team out of the way.

“It’s exciting to get my first test day with the team under my belt,” said Reynolds.

“We showed some pace, did a lot of laps and everything went to plan. There are always things to learn when you join a new team but I was pleased with how we performed.

“I really enjoyed working with the engineers and we all understood each other well, so it’s great to have good communication right from the start.

“I was surprised with how comfortable I felt in the car. I just about felt right at home so it’s good to get to that point reasonably quickly.”

While Reynolds lapped the track, Kelly was also clocking up miles in his new machine.

“It was great to drive my new car,” said Kelly.

“The first few stints in a new chassis always mean making a few adjustments with things like seating position and other little things.

“Once we got that out of the way we got stuck in and worked really hard on the car and by the afternoon we were setting quick lap times.

“As a team we are very happy with today. Our team has done an awesome job to be well prepared for today with all four of our cars, including a new chassis, just a week after the season finale.

“I’m very excited about my new car. It’s the best-presented and most professionally assembled car I have ever had throughout my entire career. The attention to detail is sensational and I have to take my hat off to our crew for all their efforts.”

Todd Kelly and Jason Bargwanna also tested today aboard the #7 Jack Daniel’s Commodore and #11 Rock Commodore respectively, both using the same chassis they raced throughout the 2010 season.

Kelly Racing will be back in action for an official test day with all teams at Eastern Creek Raceway in Sydney, New South Wales on 29 January 2011.