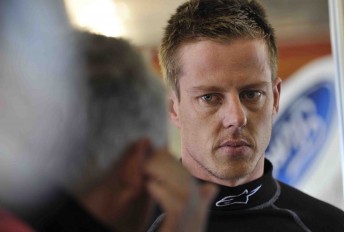 The Toll Holden Racing Team has officially announced that James Courtney will join the squad from the 2011 season.

As exclusively revealed by Speedcafe in late November (CLICK HERE for story), Courtney will defect from Ford to partner Garth Tander at the HRT.

The move was revealed in a Christmas-themed media function at Holden’s Port Melbourne headquarters.

Courtney said he felt honoured to pull on a Toll HRT shirt.

“It’s been an iconic brand in our business for many many years, and I just want to do the brand proud,” he said at the announcement.

Courtney also confirmed that he will wear the #1 plate on his Holden Commodore next season.