Holden Chairman and Managing Director Mike Devereux believes the signing of James Courtney to a three-year deal will provide a timely boost for the Toll Holden Racing Team.

The announcement of Courtney comes just one day after the passing of Toll HRT owner Tom Walkinshaw, who played a fundamental role in the formation of the team in the late 1980s.

“At a time when we are paying tribute to the late Tom Walkinshaw for his amazing contribution to Holden motorsport, it is fitting that Australia’s leading driver has joined his famous team,” said Devereux. 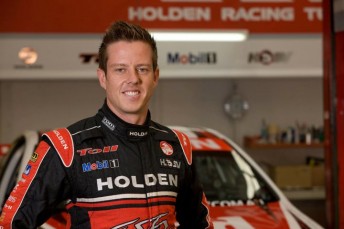 “For more than 20 years, the Holden Racing Team has proudly boasted some of Australia’s best motor racing talent and James Courtney is no exception.

“He is a class act – an outstanding driver and provides our racing program with a real boost.”

“The combination of these two drivers will form a line-up that is second to none in pit lane and as a team we are determined to win the 2011 Drivers and Teams Championships,” said Wilson.

“The news of Tom passing away was a great shock this week however, in the spirit that Tom always approached his racing we are very much looking forward and working to achieve even greater success in the years to come with Toll HRT.”

Courtney will jump straight into his on-track duties with the team tomorrow, as he takes part in a sponsor ride day at Phillp Island.