PMM locks in Perkins for 2011 enduros

PMM locks in Perkins for 2011 enduros 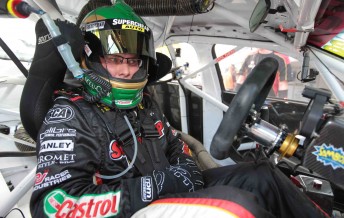 Jack Perkins is one of the first confirmations for next year’s V8 Supercars endurance races, securing a ride alongside Russell Ingall in the #39 Supercheap Auto Commodore VE.

Team owner Paul Morris confirmed that Perkins, the son of six-times Bathurst 1000 winner Larry, will pair with Ingall at the L&H 500 Phillip Island and the Supercheap Auto Bathurst 1000.

Morris also told Speedcafe.com.au that his team is also close to securing a full program for Perkins in next year’s Fujitsu V8 Supercars Series.

Perkins drove alongside Ingall at the Armor All Gold Coast 600 earlier this year, and according to Morris, the deal for Perkins to drive with his team was done at Surfers Paradise. 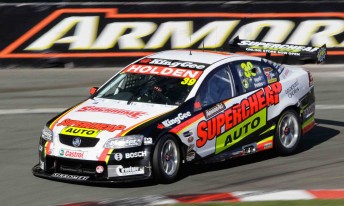 Ingall and Perkins at Surfers Paradise in October

“I told him that he could drive with Russell at Surfers, but only if he’d drive with us in the endurance races for 2011 – that was his pre-requisite,” Morris told Speedcafe.com.au.

“Jack is the guy I want in the car with Russell. He did a bloody good job at Surfers Paradise, and I like to help him out as much as I can – he’s like a little brother to me.

“What he did in the enduros with Tim (Slade) this year was very good. He showed Tim a clean pair of heals in his own car which isn’t easy to do.”

Morris drove with Ingall at Phillip Island and Bathurst this year and says that Perkins is physically a better fit to partner Ingall.

“Jack fits in Russell’s car a lot better than I do,” he said.

“From that aspect, it just makes a lot more sense.”

Morris also confirmed that PMM will run a Fujitsu entry for Perkins, and might consider a second entry too, if the correct funding can be sourced.

“We’ll run one car for Jack, that’s in our sights,” he said.

“We’re just working away at putting some extra money together to do it properly. We’re trying to get the funding to do the program.

“And if all of that fails, me and him will just alternate The Love Machine and run it off the back of our t-shirt sales!”

Meanwhile, the team’s yet-to-be announced second Championship Series entry will be unveiled next Tuesday. As reported previously, Steve Owen will be named as the driver, replacing Greg Murphy. Morris will co-drive with Owen in the endurance races.