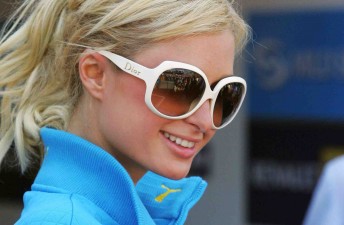 Paris Hilton may well be seen at MotoGP events next year

The 125cc World Motorcycle World Championship is set to receive an attention boost in 2011, with news that celebrity Paris Hilton will be involved with the BQR Team.

According to motogp.com, BQR is set to be renamed ‘SuperMartxé VIP by Paris Hilton’, in reference to a promotion at the Ibiza nightclub Privilege – for which Hilton is an ambassador.

While it is unknown if Hilton will attend any races, she will be on hand to launch the rebranded outfit in Madrid on December 18.