Kelly, who drove with Rick Kelly for Jack Daniel’s Racing in the V8 Supercars endurance events at Phillip Island, Bathurst and Surfers Paradise this season, tied the knot with Jacobs halfway between their respective homelands.

The pair will be based in Melbourne, but travel to the US on occasions as Kelly continues to compete in one-off races Stateside, having scored fifth place in his NASCAR Nationwide Series debut at Road America earlier this year. 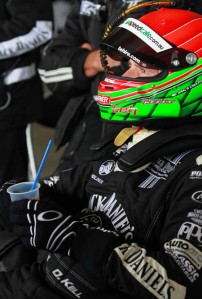 Kelly and his new bride will honeymoon in Fiji before returning to Australia for Christmas.