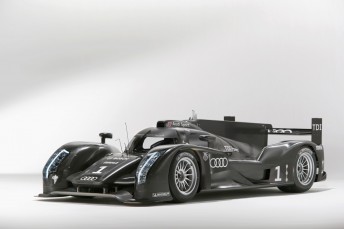 Closed-cockpit design is a dramatic change for Audi

Audi has revealed the car that it hopes will propel the German marque to a 10th Le Mans 24 Hours victory in 12 years.

The 3.7 litre V6 turbo-diesel powered R18 represents the first time Audi has taken a closed-cockpit prototype to Le Mans since 1999.

Audi motorsport boss Dr Wolfgang Ullrich said he was sad to see the demise of the open-cockpit design.

“The rules mean you have to have a roof to be competitive,” he said.

“Driver changes are always easier with open cars, but the changes have taken that away.

“The smaller capacity engines (turbo-diesels must now be no greater than 3.7 litres – down from 5.5 litres) also make aerodynamic efficiency more important. 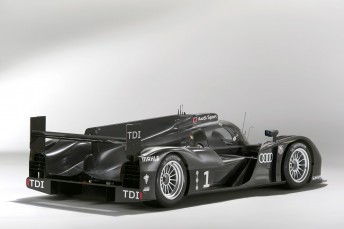 “It breaks my heart because I love the open cars, but the expectations we have of this car are very high and it looks great.”

Audi Sport Team Joest will field a three car team at Le Mans, in addition to a two car assault on the seven round Intercontinental Le Mans Cup.

The R18 will not debut until Round 2 of the Cup in May, with the R15 plus taking part in the season opener – the famed Sebring 12 Hours.

The driver lineup for the Intercontinental Cup races is yet to be confirmed.