The GT Championship will expand to seven rounds in 2011

The Australian GT Championship has announced a new calendar and several changes to its sporting regulations ahead of the 2011 season.

An expanded seven round calender sees rounds at the Clipsal 500, Eastern Creek, Phillip Island, Bathurst and Sandown carry over from 2010, while Winton and Townsville join the bill. 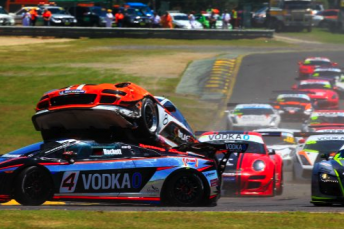 Gone is the Australian Grand Prix meeting at Albert Park – where the GTs have been replaced by the reborn Australian Carrera Cup Championship.

Highlighting the GT season will be the previously announced one hour twilight race at the Clipsal 500, in a three year deal that will see the category used more heavily in the event’s promotion.

September’s Phillip Island round will again be promoted by GT organisers, with the event taking on a ‘Pro/Am’ format for 2011 that will see each team encouraged to have a professional co-driver.

The category is also planning to reduce the grid capacity next season after several multi-car accidents occurred in 2010.

The GT Challenge and GT Production classes will be combined, while organisers expect to see two Ferrari 430 GT3 and a second Aston Martin join the GT Championship class.

See below for the full 2011 Australian GT Championship Calendar