Steven Richards: Not finished with V8s yet

Steven Richards: Not finished with V8s yet 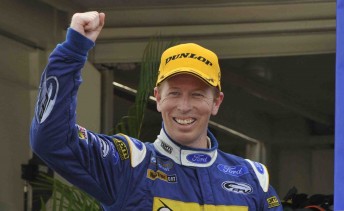 After a timely podium at the season-ending Sydney Telstra 500, Steven Richards says that he still has a lot to offer as a full-time V8 Supercar driver.

The 38 year old will not return for a fifth season with Ford Performance Racing in 2011, and is currently without a full-time drive.

With two seats, at Dick Johnson Racing and Brad Jones Racing respectively, still up for grabs, Richards told Speedcafe.com.au that he feels it’s too early to move into an endurance-races only role.

“I’m not finished with V8s ­­- I think I’ve still got plenty of good performances to come,” he said.

With Christmas fast approaching, Richards says that, either way, the situation must be resolved as soon as possible.

“I don’t want to be hanging around beyond Christmas not knowing what I’m doing,” he said.

“If I am (only) doing the endurance races, I’ve got to try and focus on doing some miles in cars of some description. “