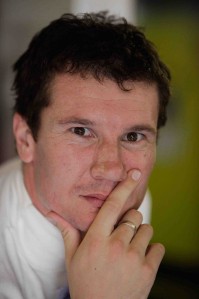 A statement from Brad Jones Racing has confirmed that Jason Richards has adrenal gland carcinoma and will undergo chemotherapy in the coming weeks.

Adrenal gland cancer (Adrenocorticol carcinomas) is a rare tumor afflicting only one or two persons per one million population.

The aggressive cancer usually occurs in adults, with the tumors tending to be found years after they began growing.

Richards underwent two surgeries to remove the tumor and he currently continues to recover well. The Kiwi V8 star is expected to leave hospital by the end of the week.

In a message from his team, the Richards’s family thank everyone for their messages of support and for respecting the family’s need for privacy at this time.

Fans can leave messages of support via the team (4/838 Hope Court, Albury, NSW, 2640) or the Jason Richards Fan Page on Facebook.