Ford only has itself to blame: Jason Bright

Ford only has itself to blame: Jason Bright 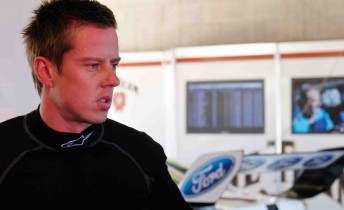 Former factory Ford driver Jason Bright says that the blue oval can only blame itself for losing star driver James Courtney to Holden.

Courtney, who holds a 53 point lead in the V8 Supercars Championship Series heading into this weekend’s finale at Homebush, will defect to Holden next year, replacing Will Davison at the Toll Holden Racing Team.

Bright formally ran his own Ford-backed team but when promised funds from Ford didn’t materialise, he closed the doors on his squad. He now drives a Holden for Brad Jones Racing.

The former Bathurst 1000 winner predicts that Courtney’s defection could stem all the way back to when Ford withdrew its funding from the team two years ago.

“The big fallout from Courtney’s supposed move will be the reflection on Ford for having, once again, lost a potential championship contender, which aren’t that easy to come by these days,” he said in his MotorsTV column.

“This all probably dates back to Ford withdrawing its money from DJR and creating the situation where Charlie Schwerkolt had to bail Dick Johnson out, which has obviously put a lot of strain on their friendship.”

“I think it will be a pretty difficult environment for him,” Bright said of Courtney’s decision to drive at HRT.

“Garth seems to be the only driver that likes the set-up they run and, saying that, it only works for him 50 percent of the time.

“I’m sure Courtney and his engineer will want to make changes and their experience of working on DJR’s Triple Eight chassis could make a big difference. In my experience though it doesn’t take much to transform a car so the question is whether they can decipher where the cars are very different or whether the new information just adds to the confusion.”