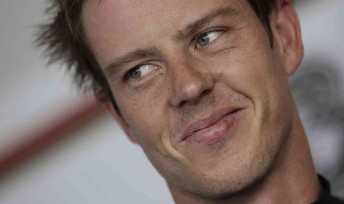 James Courtney is about to shock the V8 Supercars world when he is confirmed as a Toll Holden Racing Team driver for 2011.

The V8 Championship Series leader, who heads to next weekend’s Sydney Telstra 500 with a 53 point lead over dual champion Jamie Whincup, is believed to have signed a multi-year deal with the factory Holden team in Melbourne yesterday.

The 30-year-old is set to replace the out-going Will Davison, who will suit up in the #6 Ford Performance Racing Falcon FG.

It is understood that Courtney will take his current Jim Beam Racing engineer Scott Sinclair with him to the factory team. 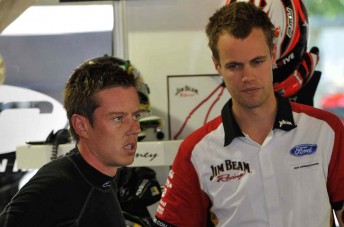 Neither Toll HRT or James Courtney’s representatives would comment on the matter when contacted by Speedcafe.com.au.

The star’s expected move to Toll HRT comes after two months of speculation regarding his future. With his current team owners Dick Johnson and Charlie Schwerkolt embroiled in a difficult split, Courtney has looked elsewhere for employment. Holden has been publicly keen to sign the popular driver, although he did have options to remain at Ford, driving a fourth entry at FPR.

As it turns out, the option to head to HRT to partner Garth Tander was too tempting.

Courtney’s move to Toll HRT is a return of sorts. After spending the majority of his racing career in Europe, Courtney was lured back to his homeland by HRT to compete in the 2005 V8 Supercars endurance races. He raced at Sandown and Bathurst with Jim Richards, finishing 11th at Sandown before crashing in his opening stint at Bathurst.

Ford poached Courtney for 2006, replacing Marcos Ambrose at Stone Brothers Racing. He spent three frustrating years with SBR before switching to Dick Johnson Racing – a relationship that has proved successful but brief.