Parrott to be Ambrose crew chief in 2011

Parrott to be Ambrose crew chief in 2011 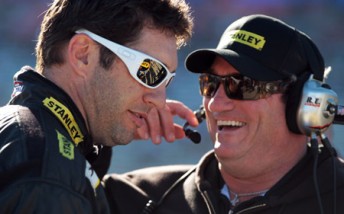 Todd Parrott will be Marcos Ambrose’s crew chief at Richard Petty Motorsports in 2011 as the Australian ace returns to the Ford fold.

Parrott has a rich pedigree in Sprint Cup competition and has enjoyed much success in over two decades in the sport with Blue Oval teams.

Parrott won the 1999 Sprint Cup championship with Robert Yates Racing as crew chief to driver Dale Jarrett and worked with Matt Kenseth at Roush Fenway Racing at this year’s Daytona 500 before joining Elliott Sadler as crew chief for the #19 Ford at RPM.

Parrott told FoxSports.com NASCAR reporter Lee Spencer that he has been establishing his relationship with Ambrose behind the scenes in the final weeks of the 2010 NASCAR Sprint Cup Series season.

“I’ve been spending time with him dating back to (the race at) Kansas or Fontana,” Parrott told FoxSports.com.

“We’ve been talking, working on communication. He’s been coming over here, getting fitted for seats. He has some ideas of what he wants, what he’s looking for so the conversations between us have been very good.

“Once the dust settles and the smoke clears it will all be good. The cars continue to get better. The simulation programs are better. Just look at how the (RPM Nos.) 9 and 43 (of AJ Allmendinger) ran on Sunday at Homestead. I can’t wait to get started.”

While Ambrose will pilot the #9 entry in 2011, Speedcafe.com.au understands that he will effectively be moving into what was the #19 team this season. 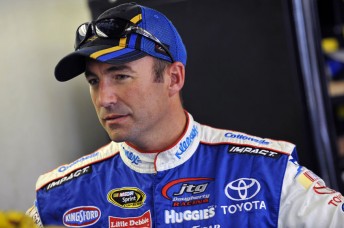 Marcos Ambrose returns to Ford in 2011

Ambrose will run the sponsor (Stanley), crew chief (Parrott) and many key personnel from the #19 team next season, while most of the #9 crew will depart the team, following Kasey Kahne to Red Bull Racing Team for next season.

The #98 crew chief ‘Slugger’ Labbe and most of the #98 crew from RPM is also reportedly following Paul Menard to Richard Childress Racing in 2011 as that squad returns to a four-car operation for next season.

Despite all the dramas behind the scenes with majority owners the Gillett family, RPM’s Fords showed great pace in 2010 season, with Aric Almirola fourth in the #9 Ford and Ambrose’s 2011 team-mate AJ Allmendinger right behind in fifth in the season finale in Homestead.

Indeed, Francis’ set-up work on front-ends of the RPM Fords was credited with not only the speed of the team’s four entries this season, but also the late season resurgence of Roush Fenway Racing, which began adopting several set-up philosophies from it’s customer team, which sits adjacent to the Roush Fenway Racing buildings in Concord, North Carolina in a building owned by part-time NASCAR racer Boris Said.

According to SceneDaily.com journalist Bob Pockrass, RPM minority shareholder and team patriarch Richard Petty has created a new company called ‘RP Family Franchise’ in preparation for a takeover of the operation.

RPM team officials released a statement on Monday confirming that negotiations over the team’s future continue to move forward.

“Richard Petty Motorsports has completed its restructuring process and is now in the process of moving forward,” read the statement.

“RPM will shift from running four cars to two in the NASCAR Sprint Cup Series, and that is never an easy process for the people involved.

“Currently, we are concentrating on building two solid programs with AJ Allmendinger behind the wheel of the No. 43 entry and Marcos Ambrose in the No. 9 Ford. We are very fortunate to have an extremely loyal family of partners and are looking forward to the future.”