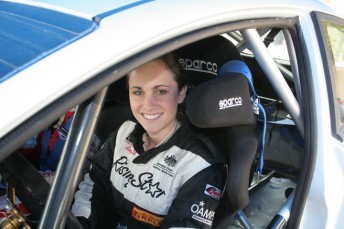 The Aussies will be part of a series that will include 24 drivers from across the globe competing in identical 1.6-litre front-wheel-drive Fiesta R2s all prepared and maintained by Ford’s official rally partner M-Sport. All competitors will use Pirelli control tyres.

The budget for competing in the series is €135,000, around 50% of the previous JWRC. This fee includes the rental and transportation of a centrally supplied, maintained and prepared Ford Fiesta R2, as well as mechanics, rebuild costs, Pirelli control tyres, entry fees, pre-event tests and the full tuition programme.

Both Taylor and Reeves were part of a six driver group that received fully funded entries for the 2011 Academy thanks to the Pirelli Star Shootout CLICK HERE. 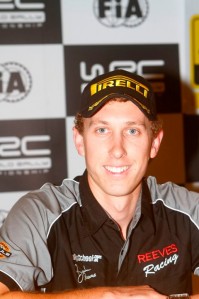 Brendan Reeves will be part of the 2011 WRC Academy

The FIA WRC Academy Cup rounds will take place over two full days of the WRC event – generally Friday and Saturday. Training and tuition will be in the classroom and on the stages and like any real academy, there will be lecturers, mentors, grades and homework.

Each FIA WRC Academy driver will arrive at events with their helmet, overalls and sponsors’ stickers ready to put on their car. Recce will be followed by tuition sessions and a test for every driver. Tuition will cover driving and co-driving performance as well as related topics including technical, health, lifestyle and media skills. Before returning home, the drivers will participate in a debrief and receive assignments for the next rally.

For the first time winner of the WRC Academy they will receive a scholarship worth €500,000, to put towards their 2012 WRC career.

“The FIA WRC Academy provides a unique opportunity for young drivers to experience the WRC on an equal footing – with the same car, tyres and tests,” said Michèle Mouton, former WRC driver and FIA Women in Motorsport Commission President.

“The ‘Arrive and drive’ is a great formula, giving young people from the four corners of the globe the possibility to compete against each other.

“The WRC Academy is a big opportunity, making the WRC accessible to a wider cross-section of young drivers – female drivers also having the chance to show what they are made of.”

Check out the video of the Pirelli Star Shootout