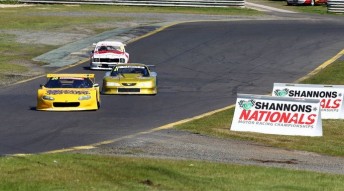 Due to circumstances outside the control of the Shannons Nationals Motor Racing Championships, there have been some changes made to the calendar for the 2011 season.

Also changing are the dates for the Morgan Park and Sandown rounds, with the Queensland round moving to the August date previously occupied by Sandown, and Sandown moving to September.

A positive to come from the shuffle is a better spread of race meetings throughout the season.

A full class by class schedule will be released in the coming weeks.