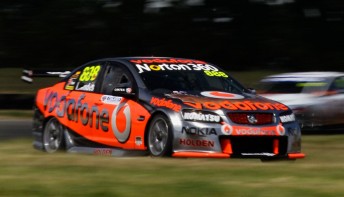 After topping yesterday’s practice session, the TeamVodafone driver topped the provisional session, while his two title rivals will start outside the top 10.