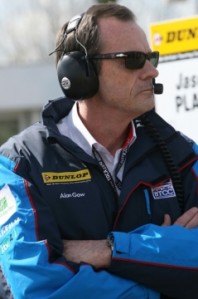 Alan Gow has signed a new contract to run the British Touring Car Championship for a minimum of three more years.

The ex-pat Australian made the announcement at the BTCC’s annual awards ceremony on the weekend.

Gow initially made the BTCC a household name in the 90s and, after a brief spell away, returned in 2004 to return the class back to its glory days.

ITV recently extended its contract to cover the BTCC for a further three years at least as has Dunlop, title sponsor of the championship. Furthermore, the BTCC’s new self-styled ‘Next Generation Touring Car’ technical regulations which come fully into force in 2011 are set to further enhance the championship’s popularity among competitors and fans.

While continuing in his role as BTCC Series Director, Gow has also been appointed President of the FIA’s Touring Car Commission. The FIA (Federation Internationale de l’Automobile) is the governing body of motor sport around the world.

Gow admitted that his new role on the Touring Car commission will take up some of his energies, but the BTCC remains his focus.

“Certainly my new role at the FIA is going to take up more of my time, but it will not reduce my focus or commitment to the BTCC as it enters the next exciting chapter of its illustrious history,” he said.

“The BTCC is a phenomenal sporting arena to be in and its future has never looked more secure or as exciting. I very much look forward to playing my part in its success over the next three years.”

Besides his role as the boss of the BTCC, Gow is also the manager of V8 Supercars Championship Series leader James Courtney.