Whincup: One eye on Courtney, one on points

Whincup: One eye on Courtney, one on points 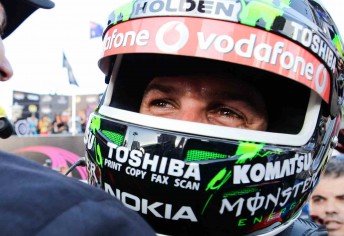 V8 title contender Jamie Whincup says that he’ll have one eye on rival James Courtney and one eye on the points situation as the 2010 V8 Supercars Championship approaches its final six races of the season.

The TeamVodafone star currently sits 71 points behind leader James Courtney, and even though there’s still 900 points on offer, Whincup says that his task now is to reel in and manage the gap to the Jim Beam Racing driver.

“We’re definitely looking at the points. I’ve ignored them all year, but after Bathurst, we’ve realised that we’re still in contention, and now it’s about trying to get as many points as we possibly can,” he told Speedcafe.com.au.

“It might sound a bit boring, but that’s what it’s all about at this time of year.

“Time will tell. I feel it will be close. I reckon we’ll go to Sydney and it will be down top the wire for the last race.”

For more with Jamie Whincup CLICK HERE for his exclusive interview with Speedcafe.com.au.