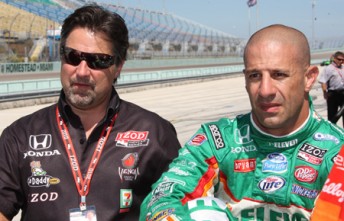 After eight years with Michael Andretti’s IndyCar team, Kanaan is now a free agent following 7-Eleven’s decision to scale back its sponsorship of the team.

The convenience store brand will remain with Andretti Autosport as a subsidiary backer of Danica Patrick’s #7 car, with Patrick, Marco Andretti and Hunter-Reay all retained to give the squad an all-American three-driver line-up in 2011.

“When 7-Eleven notified us that they would not be returning as the primary sponsor of Tony’s car in 2011, we were left with a very challenging situation,” said Andretti, who took on complete ownership of the team one year ago after buying out partners Kim Green and Kevin Savoree.

“Given the timing of that notification, we felt it was important to give Tony the freedom to review his options outside of Andretti Autosport.

“We understand firsthand his value as a driver in this series and we did not want to prevent him from furthering his career in the event we could not arrive at a reasonable solution for him for 2011. Today we agreed that the best option for both Tony and the team is to allow him the freedom to sign with another team.”

It is unclear if Kanaan will find a home in the 2011 IZOD IndyCar Series, but as one of the stars of the championship his name has been linked to many teams, including Panther Racing and KV Racing Technology. 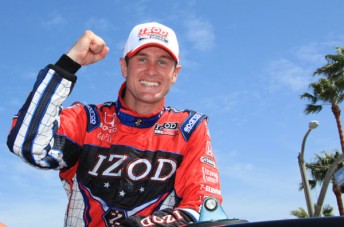 Panther Racing and driver Dan Wheldon have suffered through strained relations of late, while KVRT endured a wretched season with many crashes from their inexperienced driver line-up.

While Kanaan fights for his future, Hunter-Reay has been retained by the team, although the sponsorship for his entry in 2011 remains uncertain.

Hunter-Reay took victory on the streets of Long Beach this year as well as claiming a runner-up finish in the season opener in Sao Paulo, Brazil.

The American driver was originally signed as only a part-time driver, but his success on the track led sponsor IZOD to increase its backing of the team to push his involvement out to a full season, which culminated in three podiums, six top-fives and 12 top-10 finishes in 17 starts.

“In what looked to be just a partial 2010 season, this team worked incredibly hard to make the full season a reality and the results speak loudly of our potential together,” said Hunter-Reay.

“I cannot say enough about the professionalism of this team across the board, both competitively and from a commercial perspective.

“Starting the job in October, rather than in March, will be a luxury I’ve never had before. I look to add to my four Indy car wins and become a title contender throughout the season.”