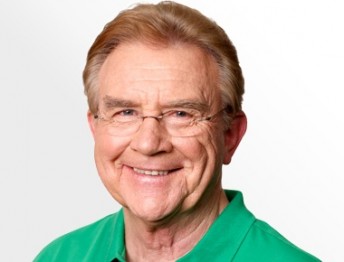 Garry Wilkinson is one of Australia’s most accomplished broadcasters. Whether it is fronting the evening news, commentating the Australian Open in January each year or calling the Bathurst 1000, there is not a lot he hasn’t done.

If Channel Seven had the rights to a sport then Wilkinson would put his hand up for it. His father used to say ’never refuse a combat assignment’ so if an opportunity came up he would take the opportunity. It’s a constant that Wilkinson has lived by throughout his career.

“The news director at Channel Seven hired me, he told me at the time ‘don’t think because I hired you means you should have loyalty to me, there are a lot of opportunities in television, if you see an opportunity go for it’, that was the launching pad to do other things like motorsport and tennis,” Garry Wilkinson explained to Speedcafe.com.au

Wilkinson was interested in a media career from an early age; he started out in radio, moved into television and eventually developed into one of Australia’s foremost sport experts.

“I worked in radio for a long time, I didn’t start out involved in sport,” said Wilkinson.

“I started out as a general announcer, gravitated to news, did a cadetship, sport crept in, then channel seven contacted me wanting someone that would do sports stories for the news, so I made the switch to television.”

Moving from news to sport was not a planned move for Wilkinson. If media opportunities arose, it was about taking the initiative and grabbing the opportunity.

“I didn’t have an idea that I wanted to go in a sports direction, it all happened by accident,” said Wilkinson.

“I was doing a breakfast news shift at 2UE one Saturday morning, the guy doing the sports show called in sick and I said I would do it.

“They were amazed to discover that not only did I know sport but I could speak the Queen’s English, which way back then was a novelty for a sports broadcaster. That’s how it started.”

For someone that has commentated on some of the biggest sports in Australia and around the globe – including Olympic and Commonwealth Games and tennis grand slams – Wilkinson’s favourite sporting memory involves athletics and three-time Wimbledon winner John McEnroe.

“When I was seven years old I saw Marjorie Jackson beat Fanny Blankers-Koen on the grass track at the old Sydney sports ground,” said Wilkinson.

“That race was my first great sporting memory, it was fantastic, this race ingrained my interest in sport.

“As far as commentating goes, John McEnroe getting disqualified at the 1990 Australian Open playing against Sweden’s Mikael Pernfors – that was a bit of a sensation.

“But recalling a favourite all-time sporting memory is almost an impossible question to answer.

“You see all these impressive sporting moments, and they are great, but then other things happens and push them down the list.”

Wilkinson did not have a motorsport background; everything was thoroughly researched, so that he could professionally call a race. His interest in the sport was people based; he left the technical aspects of the sport to those in the know.

“I never knew about the mechanics of motorsport, never pretended to, other people had that job, people like Neil Crompton.

“My interest was in the people behind the wheel or the people in the pit crew. It’s the same with any sport I cover; it’s not about the technicalities it is about the sport and the people.”

Wilkinson worked with some of the most famous names in the sport, drivers like Peter Brock, Dick Johnson, Larry Perkins and the like, but his favourite was Allan Moffat.

“I put Allan Moffat at the top of the tree, he was a fantastic competitor,” recalled Wilkinson.

“Many people found him difficult to approach; I never found that, we had a great rapport.

“I was always respectful of Moffat, I’d stand and patiently wait for him, knowing he’d eventually come over and we’d have a chat.

“I learned more about motorsport talking to Moffat, Fred Gibson and Frank Gardner.

“I’d just walk down pit lane, wait for them and we’d have a quite chat, they’d talk in layman’s terms and I’d come away with a better understanding of the sport.

“These kind of people were fantastic to work with.”

Wilkinson last called a motorsport event in 1998 and hasn’t been seen trackside since, until six weeks ago.

“I haven’t been to a motorsport event since then, until six weeks ago when I went to the Muscle Car Masters at Eastern Creek because my kids wanted to go.”

When Wilkinson looks back at Bathurst, he has nothing but disdain for the two-litre events, counting 1996 as his last real Bathurst race call.

“I watched Bathurst last year from beginning to end for the first time since 1996, which was the last time I called a V8 Bathurst,” said Wilkinson.

“Seven lost the rights after that which was a crime and management at the time should have been shot for letting it slip.

“Then they tried to palm off that two litre rubbish. After the first year (1997) I said why are we doing this, why are we pretending this is Bathurst? It wasn’t Bathurst, at least not what the public perceived as Bathurst, but they wanted to continue.

“I said I didn’t want to do it again, I reluctantly came back for 1998 but after that told them I wouldn’t ever do it again, and I haven’t.”

With technology improving motorsport coverage significantly since his race calling days Wilkinson believes too much is happening (on screen) but believes it is fantastic.

“Television has changed enormously. In the old days the director would sit on a wide shot, the cars would rumble down Conrod Straight and they’d sit on the same wide shot for 15, 20, 30 seconds.

“These days there could be 47 camera cuts from the time they come out of Forest Elbow ‘till they get to the bottom of Conrod. Sometime there are so many cuts you don’t know what you’re looking at, but it’s brilliant.

“It might be harder for old blokes like me, but the young kids love it, they take it on board. The coverage is fantastic, and technically it’s getting better and better.

“How much better does it need to get, or can it get? We’ll see.”

Since vacating the Bathurst commentary box in 1998 Wilkinson has not been idle. He continues in his successful news reading career and still dabbles in sport broadcasting.

“I’ve been freelancing since I finished at Seven in early 2003,” said Wilkinson.

“I still do work for them; since I went off contract I’ve done a couple of Olympics and I still do tennis for them – the Sydney International and the Australian Open.

“I do some work from time to time for Sky News and Sky Racing and I’ve just done the Commonwealth Games for Foxtel.

“I had a couple more kids prior to leaving Seven and they occupy a large slice of my time, along with their sport. I keep myself busy.”