Salo: Webber will win the Formula One title

Salo: Webber will win the Formula One title Salo, 43, made 109 Formula One starts, scoring two podium results. He will drive with Andrew Thompson in the #10 Bundaberg Red Racing Commodore VE at the Surfers Paraidse street track this weekend.

The F1 veteran says that Australian Red Bull Racing driver Webber has been nearly flawless this year and deserves to take the sport’s ultimate prize.

“I think Mark will do it. I think he’ll win,” Salo told Speedcafe.com.au.

“Mark has done a good job this year. He’s not trying anything stupid – his only stupid mistake was Valencia, but all of the others, he has been excellent.

“He doesn’t have to win, he can just finish well and manage the points and he will win. He’s been thinking very clever this year.” 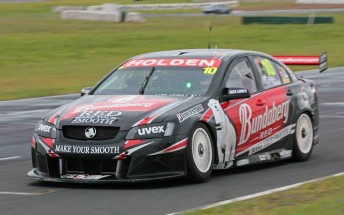 Salo, who drove for Lotus, Tyrrell, Arrows, British American Racing, Ferrari, Sauber and Toyota in Formula One, says the new points system this year has spiced up the championship.

“It’s very interesting this point scoring system. I think it keeps the title alive longer, and I really like it,” he said.

“But Mark really deserves it this year. He has been there long enough.”

The V8 Supercars will be on track for the first time today, starting with practice at 10.15am.