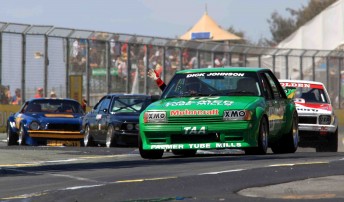 Queensland’s iconic Big Pineapple is set to be reconditioned into a motor racing museum, housing some of this country’s great race cars.

Nine of the Bowden’s cars will be involved in next weekend’s Pirtek Australian Legends at the Armor All Gold Coast 600.

The Big Pineapple will be refurbished, and according to the Sydney Morning Herald, a number of the Bowden’s cars are set to be housed within buildings next to the 16-metre fibreglass tropical fruit.

‘‘Our current plans move along the lines of giving the site a much needed birthday and restoring it back to something I can recall from my childhood,’’ Chris Bowden told ABC Radio.

CLICK HERE for more on the Bowden’s Big Pineapple deal