Murphy frustrated despite best result of 2010

Murphy frustrated despite best result of 2010 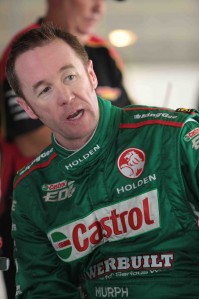 Greg Murphy continues to find the 2010 V8 Supercars Championship Series his most frustrating V8 season of all-time, despite picking up his best result of the year at Mount Panorama.

The Castrol EDGE Commodore driver, paired with Dane Allan Simonsen, finished in sixth place in the Supercheap Auto Bathurst 1000 yesterday, and at times, looked competitive in the race.

Regardless, the passionate Kiwi still isn’t gelling with the Triple Eight-designed Commodore, telling Speedcafe.com.au that the car kills its tyres far too easily.

“We didn’t have pace all weekend, and that’s the way it is,” he said.

“That’s the way it has been all year, and unfortunately, we haven’t been able to improve it.

“We need to change the way the car feels, and we haven’t been able to push that hard at all. I’m not sure what’s going on. It’s just a very hard car to drive.

“It hurts its tyres. You have to drive it to conserve the tyre. That’s not fast, and it’s not just myself who is saying that – Allan was say that all weekend too.

“I thought that this year was going to be something special, but for whatever reason, it hasn’t been.”

There has been pit lane speculation that Murphy could lose his seat at Paul Morris Motorsport in amongst a busy Silly Season.

While Murphy said he has “no idea” if he’d be back as a full-time driver next year, he was adamant that he was not finished in the sport.

“This is what I do. It’s frustrating. I don’t do this to say I race V8 Supercars and just make up the numbers,” he said.

“We’ve got great sponsors here. Castrol is absolutely fantastic. They deserve better, and everyone in the team works damn hard for it.

“I guess this has all been unexpected, our lack of performance. I was 100 percent sure that we’d be able to make this package work.”