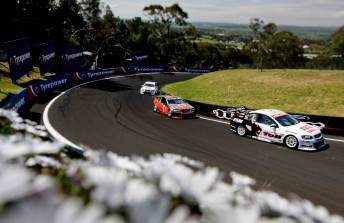 The 2011 V8 Supercars Calendar will be announced at the Armor All Gold Coast 600 in two weeks time.

The calendar was originally scheduled to be confirmed tomorrow (Saturday, 11am), however a short statement from V8 Supercars Australia today said that further discussions with the world motorsport governing body (the FIA) still need to be held.

V8 Supercars Australia will not comment or speculate on the composition of the calendar until its official release at the Surfers Paradise street circuit.

Speedcafe.com.au has reported in the past that some of the changes to the calendar include the pre-season test at Eastern Creek, the championship will kick off a week earlier in the Middle East, Singapore’s Grand Prix track will join the calendar in September and Queensland Raceway’s round is set to be dropped, replaced by the returning Barbagallo Raceway.