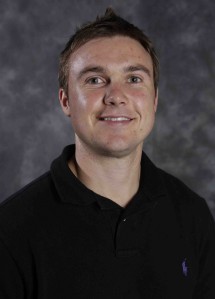 Matthew White Racing’s David Russell has pipped Steve Owen to pole position for the fifth round of the Fujitsu V8 Supercar Series at Bathurst.

While Owen had laid down a formidable 2m07.9s lap in the first half of the 20 minute session, it was not enough to stop the Jayco Falcon driver, who later undercut Owen’s time by less than a tenth of a second.

A further 0.6s back was Paul Morris in third. Despite spending the last few minutes of the session in pit lane, the LOVE Machine was able to stay ahead of a closely bunched pack, with James Moffat and Tim Blanchard rounding out the top five.

Blanchard survived a hairy moment at Forrest Elbow at the midpoint of the session – with the oversteering Sirromet Falcon narrowly avoiding contact with the outside wall.

Formula Ford star Chaz Mostert improved on his Thursday best to be 11th, despite an off early in the session.

Marcus Zukanovic spent all but the opening minutes in pit lane with a mechanical issue, while Ben Egglestone stopped on the circuit partway down Conrod Straight after setting the 14th fastest time.

The first of two Fujitsu V8 Series races will be held today at 1.45pm.