Salmon set to replace Zukanovic in 1000

Salmon set to replace Zukanovic in 1000 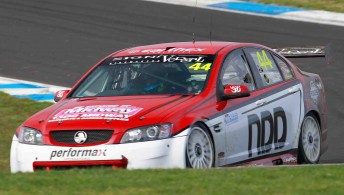 The 50-year-old is likely to partner Geoff Emery in the NDD-backed car after Zukanovic could not raise sufficient budget to compete in The Great Race.

“We’re just waiting on a one or two things to fall into place as we speak,” Murphy said.

“We couldn’t come to a suitable commercial arrangement with Marcus, so we’ve had to look elsewhere. Rod’s name popped up, and he’ll be racing in the Fujitsu Series as well, so we’ll know later today if everything will be fine for him to get in our car on Thursday.”

Salmon is certainly no stranger to the Mount Panorama circuit. He has a number of 1000 starts to his name, with a best finishing result of 17th in 2000 with (now V8 operations manager) Damien White.

Salmon has also won the Bathurst 12 Hour on two occasions. He will become the oldest driver in the field.

Zukanovic was set to be one of four rookies at Bathurst this year, but his withdrawal leaves just three first-time starts – the lowest-ever number of rookies in The Great Race. The three rookies this year are James Moffat (Dunlop Super Dealers FPR), Geoff Emery (Greg Murphy Racing) and Ant Pedersen (Matthew White Motorsport).