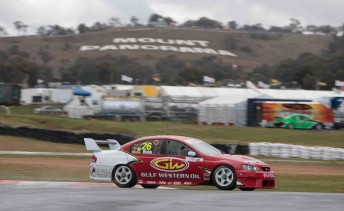 Twenty three starters will greet the starters flag for Round 5 of the Fujitsu V8 Supercars Series at Bathurst next week.

New entries in next weekend’s field include Ben Eggleston, who will drive the JAX Quickfit Tyres entry, formally driven by Walkinshaw racing endurance drivers Cameron McConville and Craig Baird. It will be Eggleston’s first race since Homebush last year.

Rod Salmon slips into the Jay Motorsports Commodore VZ, the seat vacated by Nick Percat, who moves across to the Bundaberg Red Racing Commodore VE, last raced by David Reynolds at Townsville.