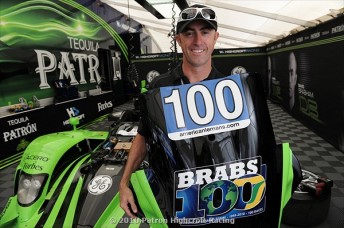 David Brabham is on the verge of winning his second consecutive American Le Mans Series Championship.

The final round of the Championship, the Petit Le Mans at Georgia’s Road Atlanta (USA), is being staged this weekend, with Brabham only needing to finish sixth or better to win the coveted title.

Brabham will be joined by his regular Patrón Highcroft Racing team-mate Simon Pagenaud and Marino Franchiti, who drove with the team at the famous Le Mans 24 hour race in June.

“We’ve got one more task to do and that is get to Petit Le Mans where the entire team is looking forward to getting the job done and clinching the title,” said David Brabham.

“The mindset for us for Petit Le Mans is very simple; we have gone into every race this year with the intention of winning. We have to keep that up and keep that thought in our mind.

“The championship is down to the wire and it is going to be very exciting and I’m looking forward to doing the job with Simon and Marino.”

Brabham has been on the podium at every round this year, enjoying three wins in a row in the middle stages of the series, and leads his main championship rival Klaus Graf by 16 points.

“It is amazing to think there is only one race to go – the season has really raced by,” said Brabham.

“We have had a fantastic battle throughout the year and the team has really done an outstanding job.” 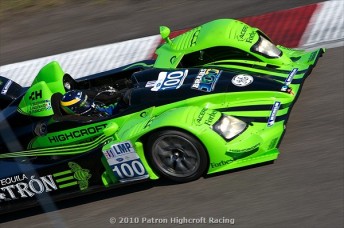 Brabham is racing for his second ALMS Championship

The task of winning the title will be made more difficult with a full grid of 45 cars on the 4.09 kilometre track.

“(It’s) a long race, you’ve got to get through the traffic cleanly,” said Brabham.

“There will be a lot of cars and lots of traffic but the more you think about that the more of a problem it will be.

“It’s a tough race to win and you’ve got to get absolutely everything right.”

Practice for the 1000mile race commences on Wednesday, with the race starting at 2.30am this Sunday morning (AEDST).

Should Brabham win the Championship he will have little time to celebrate. Brabham will fly straight from Atlanta, Georgia via Los Angeles direct to Sydney for the Supercheap Auto 1000.

Brabham will drive the #4 IRWIN Ford Falcon with Alex Davison at Bathurst having finished 10th at the L&H Phillip Island 500 earlier in the month.