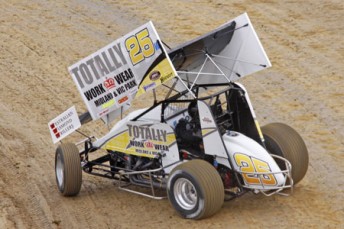 Australia’s premier Speedway series, the World Series Sprintcars Championship, has joined the ever-growing line-up for the soon to be launched SPEED channel

World Series Sprintcars manager Steven Green has confirmed there will be 12 one-hour shows broadcast on the dedicated motorsport channel over the summer months.

“We’ve had a television schedule for the series in the past, which has drawn some good viewing numbers and I am excited about joining with SPEED for a new chapter,” said Green.

“During the off season we’ve worked hard to develop a new production brief to ensure the quality level of the show continues to improve and becomes a must watch for all Speedway fans while also moving up the priority list for the general motorsport fan.

“We really want to make more personalities of our contracted drivers, not just at the racetrack either. We want the shows to be able to provide the viewers will more of an insight to our drivers and what makes them tick rather than just being all about the on track action.

“I really want to make sure that our show has a point of difference to other speedway shows, just like our series is on the track across the country.”

While the final time slot is yet to be decided Speedcafe.com.au understands that the World Series Sprintcars will be shown in a prime-time slot during the week.

SPEED Channel in America has a long-standing association with World Series Sprintcars’ ‘big cousin’, the World of Outlaws Series, and this year broadcast some of the biggest Sprintcar races throughout across the nation.

Recognising the appetite of Australian fans for more motorsports, there will also be prime time racing from the V8 Supercars, Dakar Rally, Formula 2 and of course World Series Sprintcars.