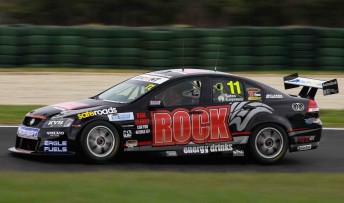 In a Bathurst career that boasts 23 Bathurst race starts, Glenn Seton has missed out on overall victory, coming second on three occasions and third once.

While a 24th start beckons for Glenn in two weeks, paired with Jason Bargwanna in the #11 Rock Racing entry, Seton Sr doesn’t believe that his son will ever win the race that he dedicated all of his adult life to.

“Today, unless you are driving full-time, you can’t win at Bathurst, it’s too competitive.

“These guys are racing several times a month; they are training all the time.

“The Lowndes entry is the exception (in terms of experienced co-drivers) because Skaife hasn’t been out of the sport long enough to lose his touch.

“Glenn has been out for quite a few years now; you can’t train other than in the car.

For more with ‘Barry Seton’ CLICK HERE for today’s edition of ‘Where are they Now?’ – only on Speedcafe.com.au