Top three for Will Power in Japan

Top three for Will Power in Japan 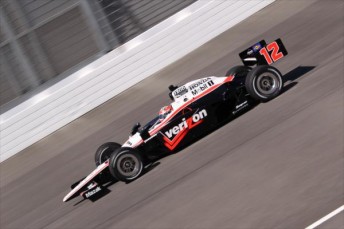 On a day where Team Penske took three of the top-four spots at the Indy Japan 300, it was Toowoomba’s Will Power who’s third place finish was the most important.

By finishing just one spot behind Franchitti, Power heads to the final race of the season at Homestead-Miami in a fortnight with a 12-point advantage over the Scot. 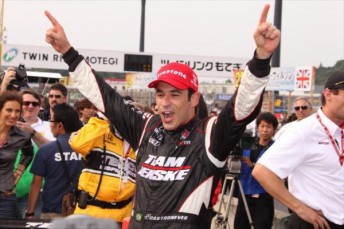 On his debut at the Twin-Ring Motegi, Power dropped back down the order off the start as his plan to settle into a grove started to take shape.

Running towards the back of the top-10, Power kept his nerve as through the final two rounds of pits stops his crew vaulted him back up the order.

Over the closing laps he had chances to pass Franchitti, but with the championship picture on his mind he settled for the safer option.

“I didn’t get to see Helio (Castroneves) much. He was gone,” said Power.

“I had a good experience at Motegi: I know how to run in traffic now.

“It’s great for us to put the Verizon car on the podium.

“I’ve never finished ahead of him (Dario) on an oval and one day I’ll get it. Hopefully this year because if I don’t, he’ll win.”

Franchitti did leave Japan with one piece of silverware – the AJ Foyt Oval Championship for the most points scored on the oval races this year. Power had won the Mario Andretti Road Course Cup after his dominance with five race wins.

“I was really the only person that could mix it up with Ryan and Helio all day,” said Franchitti.

“We were very good on restarts. We did make a small mistake on the downforce level today, but we did OK.

Castroneves was the class of the race. It was the Brazilian’s third race win of the year and second in a row after victory on fuel strategy at Kentucky two weeks ago.

“Team Penske is about execution and they gave me a fantastic car,” said Castroneves, who won from the pole.

“Every time I wanted to go for it, the car was responding.”

Only Power, who is in his first full season in the IZOD IndyCar Series, and Franchitti, who is chasing his second straight title and third overall, have the opportunity to win the title at Miami-Homestead on Saturday 2 October.