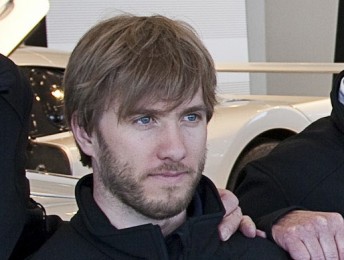 Sauber has replaced Pedro de la Rosa with Nick Heidfeld for the remaining five rounds of the 2010 Formula One season.

Heidfeld has been on the sidelines this year, acting as the test driver for Mercedes GP. The move is a calculated one too, as Heidfeld is known to the team, having driven for them over the past few seasons under its BMW Sauber guise.

Sauber confirmed that the change will happen, placing Heidfeld alongside Kamui Kobayashi.

“It was a hard decision for me to make as a team principal and I want to thank Pedro for his professionalism,” Sauber said in a statement.

“By signing Nick we have a driver we know extremely well who will help us to further judge the comparative potential of our car.” De la Rosa only returned to the sport at the start of this season and was “surprised” by Sauber’s order.

“I am surprised by the team’s decision, but I respect it and would like to wish everyone good luck for the remainder of the season,” he said.

Heidfeld has never won a Grand Prix but has stood on the podium 12 times. While this opportunity with Sauber may not offer him the chance to win, the steady improvement of Kobayashi is encouraging for the German.

“I’m looking forward like crazy to having the opportunity to go racing again in a good car in Formula One from the Singapore Grand Prix onwards. After the last months I’m even more motivated than ever,” he said.

“For me it is like coming home, as I raced for seven years in total for the team from Hinwil. Without doubt I will be feeling at home straight away and this should help me to familiarise myself as soon as possible with the car. I want to thank Peter Sauber for the faith he has put in me.”