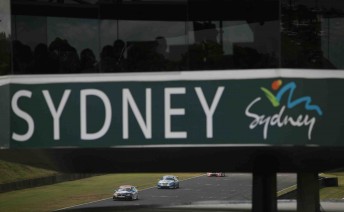 V8 Supercars testing regulations are in for a shake-up in 2011, with an official test day and new testing rules set to be implemented.

Eastern Creek Raceway is slated to host an ‘all-in’ test session in late-January next year, doubling as a series launch.

The Eastern Creek test, first mooted by Speedcafe.com.au in August (CLICK HERE for that story), has come about due to the resurfacing of Queensland Raceway, which will prevent the Sunshine State-based teams from testing at the Ipswich track until March.

The compulsory one-day test session will be a stand alone event and will not be classed as one of the team’s test days.

The V8 Supercars Championship Series has not held a round of its series at Eastern Creek since 2008 after a falling out between the Australian Racing Drivers Club and V8 Supercars Australia. Since the two party’s indifferences, Glenn Matthews has been installed as the ARDC’s new CEO and is said to want to pursue a better relationship with V8SA.

TeamVodafone boss and V8 Supercars board member Roland Dane confirmed to Speedcafe.com.au that the Eastern Creek test is close to becoming a reality.

“We’re looking at running a test day for everyone before the start of the season,” Dane told Speedcafe.com.au.

“It makes sense to do it at Eastern Creek – it’s midway between the two current test tracks – and if we can do a season launch there, it would be a good thing for the category as well.”

A pre-season Eastern Creek test would mean that V8 Supercars finishes its championship in Sydney, and less than two months later, would return to kick off the new season.

It is also being proposed that the number of official test days per car entry will be changed from four to six days, eliminating the two ‘driver evaluation/rookie’ days that have been included in the past few seasons.

It is proposed that in two of those six test days, ‘primary’ drivers will only be able to complete 10 laps, similar to the testing rules in place now, however, the current rules that prohibit drivers who have competed in five or more V8SCS meetings in the previous season will be abolished.

These changes could be officially ratified at the next V8 Supercars Australia board meeting next week.

“At the moment, we’re doing six days, so we’re not increasing the cost to the teams,” Dane said.

“As far as car mileage goes, it’s the same as what we’re doing now.”