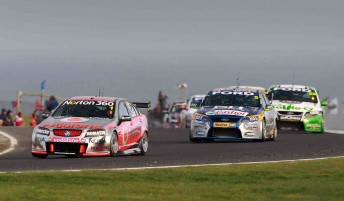 As reported previously, Jamie Whincup and Steve Owen will start from pole position in their #1 TeamVodafone Commodore, ahead of Rick and Owen Kelly in the #15 Jack Daniel’s Racing Commodore VE.

See below for the complete grid for the race. For more on pole-sitters Whincup/Owen CLICK HERE

The big question that the team’s face now is which driver will start in each car. It could be assumed that, given the weather forecast is clear, most entries will start the race with their ‘A’ driver, however, that is by no means a certain.