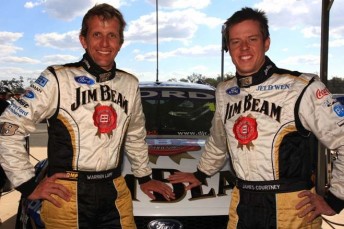 James Courtney heads into the V8 Supercars endurance races with a handy title lead, but with so many variables, there are no guarantees.

Courtney’s title challenge has been a number of years in the making. Starting his full-time V8 career Stone Brothers Racing, the speed was there, but consistency wasn’t. Now in his second year at Dick Johnson Racing, things have clicked for him.

Courtney will be paired with Warren Luff, an experienced V8 driver and a proven safe pair of hands. He won’t be able to match Courtney’s outright speed, but for them to win, he won’t need to be setting lap records.

The V8 endurance races won’t be won in these next two events at Phillip Island and Bathurst, but they sure can be lost … Look for a lot of focus to be placed on this entry in the coming two races.